Les Compagnons de Louis Cyr, a non-profit organization that manages Maison Louis-Cyr, was founded in 1997. At that time, the organization operated a small museum where a few artefacts were kept showing the exceptional career of this remarkable man: the Louis-Cyr Museum. However, over the years, the difficulties accumulate. The exhibition was hardly attracting visitors and the funds necessary to maintain the service were becoming increasingly difficult to obtain. So a change had to be made.

For years, the project was in the air: to move the modest Louis-Cyr Museum into the house built and inhabited at the very beginning of the 20th century by the famous strongman. When Les Compagnons de Louis Cyr decided in the summer of 2011 to buy the house, the challenge was great. We took the plunge hoping the parachutes would open.

The major restoration of the house began. Authenticity being at the heart of the organization’s values, the newly acquired house absolutely had to regain its original appearance. Period photos, archives and experts were consulted to ensure that visitors could be offered a home identical, both outside and inside, to the one inhabited by Louis Cyr.

It was finally on July 3, 2014, after several years of hard work, that Les Compagnons de Louis-Cyr proudly announced the official opening of Maison Louis-Cyr.

Since then, the museum has presented a main exhibition devoted to the strongest man of all time, which has been set up nowhere else other than in the house where Louis Cyr lived.

Few of the tourist attractions are located in the very places where the story really took place. The people of Saint-Jean-de-Matha have a long history of strength, notably through the legacy of Louis Cyr, who inspired his contemporaries.

The mission of the Maison Louis-Cyr is to acquire, conserve and enhance the heritage of Louis Cyr and ensure its sustainability through contemporary and innovative museological approaches, through exhibitions and cultural and educational activities, while focusing on an organizational culture favoring the customer approach.

Make Maison Louis-Cyr a unique and unmissable museum institution in Quebec focusing on the discovery of one of the most significant figures in Quebec history.

Join the great team at Maison Louis-Cyr. A warm, friendly and dynamic atmosphere awaits you. A team full of passionate and curious people is also at the rendezvous. Maison Louis-Cyr is currently looking for interpretation guides for the 2022 summer season, Would you like to join us? Send us your resume to the email address [email protected] and we will get back to you as soon as possible.

© 2023 Maison Louis-Cyr – your museum in Saint-Jean-de-Matha in Lanaudière. All rights reserved. 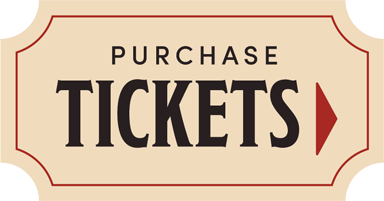 During this virtual tour, you will be able to walk through the museum with a guide who will give you all the details about Louis Cyr, his exploits, his records, his private life and much more!